By describing ourselves as “evangelical” we continue something that was at the heart of the early church,namely the belief that the gospel message can profoundly change our lives. This Gospel, Paul asserted in Romans 1:16 to be “the power of God for the salvation of everyone who believes”. By this gospel a person who is deeply conscious of his/her failures to please God is made aware that this God sent His only Son so that “whoever believes in Him should not perish but have everlasting life”. Thus a person’s standing before God is not built on works but on faith in Christ alone.  The gospel message offers God’s free gift of salvation which brings a repenting sinner into peace with God, joy in ones’ heart and a real assurance about heaven and home. For  more about this see Romans chapter 5  in the Bible.

It was this Gospel which was the heartbeat of Patrick and the early Celtic Christians in Ireland whose message overturned a pagan culture and put Ireland to the forefront of vibrant Christianity in what became the golden era of our Irish culture.

At various times in the following centuries the truth of this gospel was rediscovered and fresh outpourings of the Holy Spirit took place. In the late 1700’s  John Wesley travelled extensively throughout Ireland and a fresh vibrant Gospel took hold of the spiritual lives of thousands of people. Though he himself did not visit Bantry some of his followers did and their preaching of the Gospel soon had an effect on a number of families in Bantry who in turn reached out to their neighbours and friends. This was in the early 1800’s but the effect of this movement continued in Bantry until the 1970’s.

The early 1980’s saw a fresh interest in the Bible and a new movement of God’s Spirit in Ireland, and this began to impact Bantry also. People began to meet in homes to worship and pray. As the 1980’s drew to a close a house had been purchased at Church Road which served as a meeting room for what had now become Bantry Christian Fellowship . . . a small group of people whose lives had been changed by the Gospel of Jesus Christ, and who were eager to meet for fellowship, Bible study and prayer.

It was in 1991 that Bantry Christian Fellowship entered into a new stage and became a church  in its own right. Sunday morning meetings began as people came to realize this was their church family.

The church soon outgrew its premises at No 3, Church Road and the search began for a larger building. In 2003 a new church was constructed at Tower Street near the Quay, which is now the property of the trustees of Bantry Christian Fellowship Church. It is a multi-purpose building, right in the heart of Bantry. It is available at a moderate rent for the use of community groups as well as serving the needs of BCFC.

And so, Bantry Christian Fellowship Church follows in the tradition of many centuries of vibrant Christian witness in Bantry. We look for new and effective ways to get this message across, yet we know that the most effective message is the way we live our lives.

Story of Our Logo

Here is the Gospel story seen through a photo of Bantry Bay, which has become our logo!

Bantry Bay has inspired poets and songwriters through the centuries. Only God in His creative majesty could design such a beautiful place and give us humans the in-built appreciation to admire its ever changing colour and scenery.The LIGHT streaming down reminds us of God, who simply spoke “let there be light” and light dawned over chaos. Eden’s first inhabitants experienced the light and delight of God’s loving embrace, until darkness entered, rebellion took them into hiding, and the curse of sin and its consequences took hold upon humanity, of which we all are a part.

Enter the CROSS. God has super-imposed upon the landscape of our world a spectacle that offends some and delights others. Paul wrote “when we preach that Christ was crucified, the Jews are offended, and the Gentiles say it’s all nonsense.  But to those called by God to salvation, Christ is… the wonderful wisdom of God”. The very God whom our rebellion and sin had offended sent His only Son to make that bridge back to Him. We are saved, not by what we can do for Him, but by what HE HAS DONE for us. Titus 3:4 “He saved us, not because of the good things we did, but because of his mercy. He washed away our sins and gave us a new life”

What about the SHEEP?  No accident; in fact they are one of God’s best metaphors for His people!  astray, lost, in danger…the words conjure up what life was like until the Good Shepherd went out of  his way to find us. When he did, the heavenly grandstands rejoiced because “there is rejoicing in heaven over one sinner who repents”. In fact the picture gets better; the sheep hear his voice, they follow Him, he promises them eternal life, he says they shall never perish, no one will snatch them away from him. All this because he was willing to lay down his life for the sheep, and now raised, He is the living shepherd, constantly watching out for His own, personally leading them and  providing for their needs. What a picture. What a Shepherd! 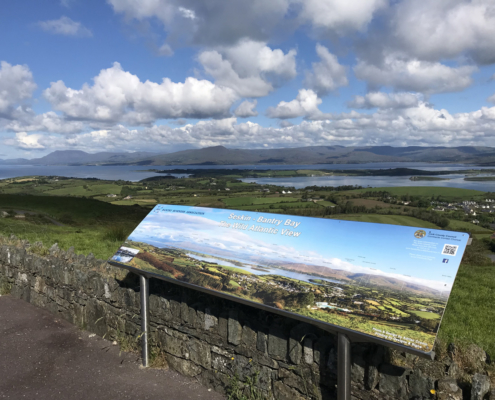 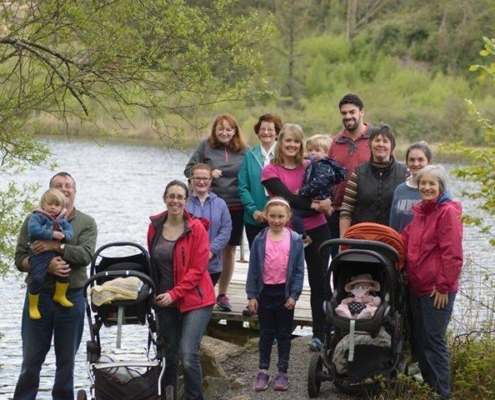 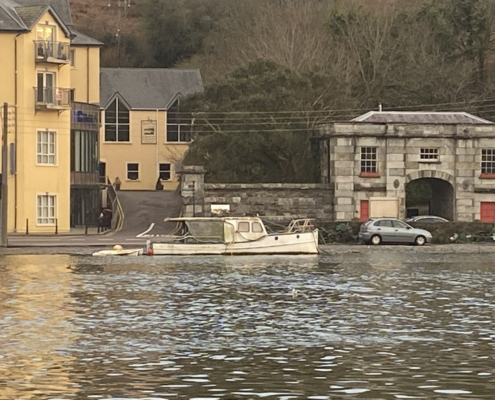